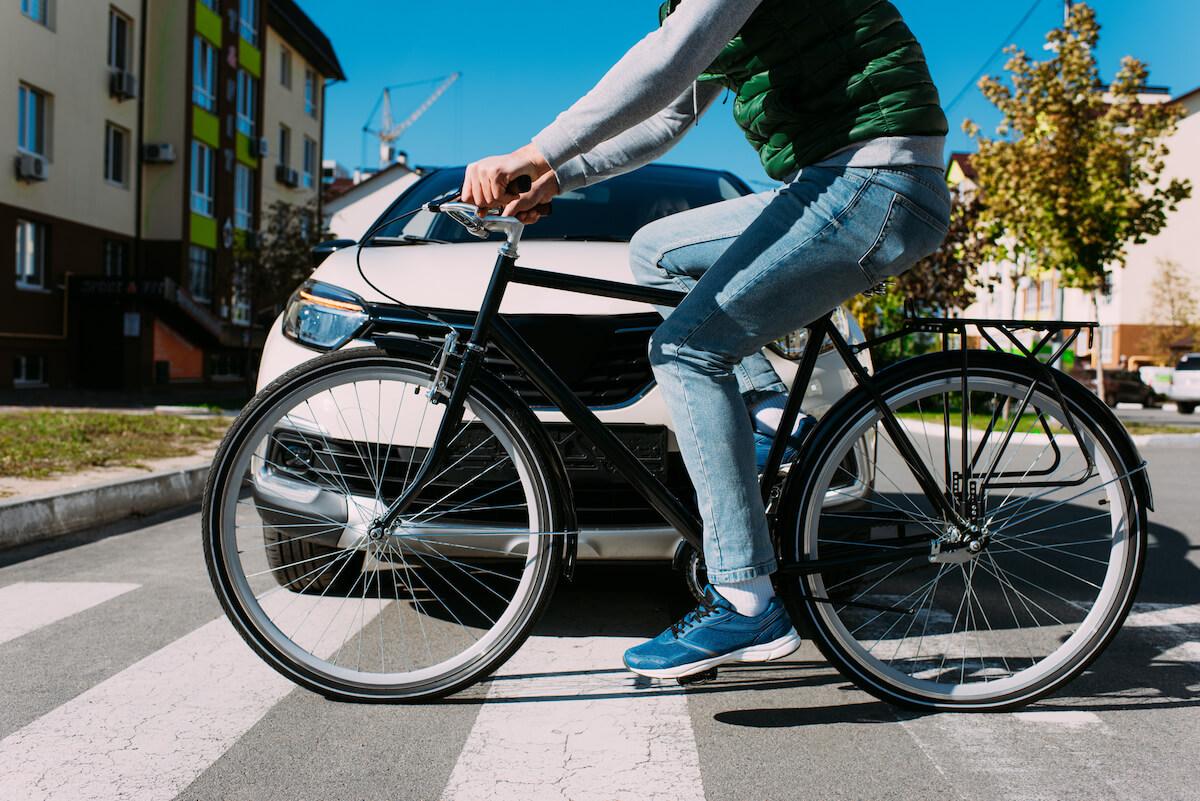 Riding a bicycle is a blast for people of all ages, and it is great exercise. However, if you have ever ridden your bicycle on public roads, you know it can be scary sometimes, especially in the city. Bicycles are small relative to vehicles, and they’re quiet. Also, there are a lot of distracted drivers out there, so bicycle accidents happen more than they should.

In fact, according to the National Highway Traffic Safety Administration’s Overview of Motor Vehicle Crashes in 2019, there were 846 fatalities and roughly 49,000 injuries as a result of bicycle and automobile collisions. Pedestrians, bicyclists, and other non-occupants accounted for roughly 20% of the total traffic fatalities in 2019. Thus, bicyclists are very vulnerable to being hit and seriously injured or killed by careless drivers.

Under the Florida bicycle statutes, bicyclists have the same rights and duties applicable to other motorists. Unfortunately, many motorists treat bicyclists with disdain. Also, drivers simply do not look out for the safety of bicyclists. As a result, bicyclists find themselves in tragic accidents. Here are some of the more common causes of bicycle accidents in Florida.

As we talked about briefly above, many drivers treat bicyclists with disdain. Irritation and impatience with bicyclists causes drivers to act recklessly and cause horrific bicycle accidents.

Motorists often make last-second decisions to turn or change lanes and don’t check to see if there is a bicyclist next to them. As a result, the impulsive decision to switch lanes or make an improper turn can cause a bicycle accident.

When a motorist carelessly opens the door of a parked vehicle into a bicyclist’s path, that bicyclist can be severely injured. This is especially true in a high-traffic area where a bicyclist has no choice but to smash into the door head-on.

Like any other products liability lawsuit, you can bring a lawsuit against a manufacturer for producing a defective product. Thus, if you suffered harm because of a defective bicycle, you may have a claim against the bicycle manufacturer.

Drunk or intoxicated drivers endanger bicyclists because an impaired driver is far more likely than a sober driver to crash into a bicyclist. If you were injured by an intoxicated driver, you should contact an Orlando bicycle accident lawyer right away.

When a driver attempts to pass a bicyclist without leaving sufficient space for the bicyclist, the driver can easily cause a bicycle crash.

A bike accident can occur at intersections, alleyways, crosswalks, and driveways when a motorist crosses into the bicyclist’s path without paying attention. These types of crosswalk bicycle crashes are far too common.

Bicycle accidents often occur when a driver makes a left-hand turn in front of an oncoming bicyclist or a right turn into an adjacent bicyclist. This is often due to distracted or impulsive driving and is a major cause of bicycle accidents in Florida.

If you lost a loved one in a bicycle accident or a bicycle crash, you may be able to bring a wrongful death claim.

Bicyclists are at a high risk of suffering severe injuries in a traffic accident because their only protection is a plastic helmet. Let’s face it, a bike has little hope against a 3,000-pound automobile. As a result, bicyclists often suffer several types of injuries in a bicycle accident. Here are some of the more common types of bicycle accident injuries.

Whether a bicyclist is wearing a helmet or not, the risk of a severe head injury or traumatic brain injury is very high. A serious head injury can involve concussions, skull fractures, and brain bleeding. Additionally, head and brain injuries can cause a victim to suffer long-term cognitive and mental impairment.

Neck, Back, and Spine Injuries

Bicyclists are at high risk for a variety of spinal cord injuries, which can result in serious nerve damage. These injuries can cause lasting effects, like paralysis, numbness, tingling, or muscle weakness. In fact, a neck, back or spine injury will often create lifelong complications for the victim.

A bicyclist in the warm Florida climate is often not wearing enough clothing to guard against severe road rash in a bicycle accident. When skin meets pavement at high speeds, the bicyclist will inevitably suffer severe scrapes, cuts, and bruises that can take months to heal. Moreover, these injuries can leave lasting and disfiguring scars and marks on the bicyclist’s body.

These injuries include broken and bruised bones, which can require surgery to repair and lots of time to heal. Because a bicyclist’s limbs are fully exposed when riding, bone injuries are an extremely common result of bicycle crashes and bicycle accidents.

If you’ve experienced any of these injuries above, you may be entitled to compensation, and we recommend you contact an Orlando bicycle accident attorney as soon as you can.

What to Do After a Bicycle Accident?

As we mentioned above, bicycle accidents are scary because you’re exposed when a car crashes into you. With all the adrenaline you experience during a bicycle accident, it can be hard to make decisions immediately thereafter. Accordingly, we have prepared a checklist of things you should do after your bicycle accident.

Move out of the way of danger as soon as you can safely do so, especially if it’s too dark for drivers to be able see you.

If you feel like you sustained injuries in your bicycle accident, seek medical help as soon as possible, even if you’re only experiencing slight or minor pain. Some serious health issues from your bike crash may not manifest for days or weeks. Additionally, you can put your injuries on the record, then you can use your medical records later to establish your injuries.

If possible and safe to do so, get the driver’s contact and insurance information. Also, if there are any passengers in the car, get their contact information too.

Witnesses often disappear after an accident if you don’t know how to contact them. So, if there are any witnesses to your bicycle accident and if they seem willing to help, ask if they will give you their contact information.

Take Pictures and Videos of the Bicycle Accident Scene

If the police get involved, cooperate with them. However, don’t say anything that could be construed as an admission of fault. Also, don’t apologize for anything or state your opinion about what happened. Finally, do not talk too much to anyone at the scene. Instead, try to keep your mouth shut as much as possible, at least until you contact your Orlando bicycle accident attorney.

Don't Talk About the Bicycle Accident on Social Media

Don't Talk to the Insurance Folks

Don’t make any statements to the insurance folks or sign anything they want you to sign until you speak with your Orlando bicycle accident attorney. Most of all, avoid saying anything that may undermine your claim and try to say as little as possible.

Do You Need to Speak to an Experienced Bike Accident Attorney?

When you’re facing a financial burden caused by another party’s negligence, you need an attorney who will fight for you like family. Spetsas Buist is based in Orlando but serves clients in all of Florida, as well as in South Carolina and North Carolina. Contact us today to schedule your free consultation.