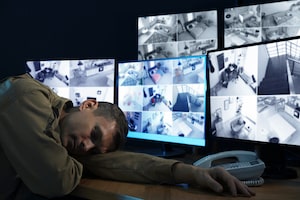 Negligent security is where a property owner or manager fails to take reasonable precautions to safeguard guests, customers, or clients. If you were a guest, customer, or client on someone else’s property and you suffered injuries due to a criminal attack, you may have a viable negligent security claim. A negligent security claim is a way for a person to get fair compensation for the injuries that person suffered. If a person dies because of his or her injuries, then the cause of action available to the deceased person’s loved ones is wrongful death. Therefore, if a criminal killed your loved one on a business premises due to the negligence of the owner or manager of the property, you may have a claim for wrongful death.

Negligent security is a type of premises liability claim. In other words, the lawsuit is based on a person getting injured on another person’s property due to the negligence of the property owner or manager. Negligent security law in Florida is a way for a victim of a criminal attack to get monetary compensation for his or her injuries. When someone is the victim of a violent crime, pursuing a civil action against the criminal will not compensate the victim for even a fraction of the losses he or she sustained as a result of the attack. Although some criminals may be ordered to pay a victim restitution, the victim would not be compensated for his or her past and future pain and suffering, lost wages, or loss of future earning capacity. Moreover, even if the victim sued the criminal personally, a criminal rarely has the financial capacity to adequately compensate the victim for the victim’s damages. However, businesses and landowners typically are required to have sizeable commercial liability insurance policies, and this is how negligent security claims can provide justice.

If a criminal attack occurs on a business or landowner’s property, the attack may have occurred due to the landowner’s failure to provide adequate security on the premises. Assuming the landowner behaved negligently, the landowner would be responsible for compensating the victim for the victim’s injuries and damages. Therefore, if you have suffered a criminal attack on the property of a business, like a hotel, bar, club, restaurant, business parking lot, or an apartment complex, you may be entitled to compensation under Florida negligent security law.

What is Negligent Security?

For negligent security claims, a victim of a criminal attack can allege that a business establishment, property owner, security company, or transportation company was negligent by failing to take reasonable precautions to protect people on the property from violent criminal attacks. Generally speaking, landowners and business owners owe a duty to provide adequate security measures to the people they invite onto the premises.

Each landowner or business has a unique premises. Thus, the appropriate precautionary measures could vary, depending on the property and the location. Some of these basic security measures that landowners and business owners should have in place could include any of the following:

There are many ways a person may get harmed because a landowner or business owner did not take reasonable precautions to ensure the safety of guests on the property. Here are some of the more common examples of victims of criminal attacks that could have a winning negligent security case.

Note the “and” in the list of elements above. This means that a victim must prove each and every element by a preponderance of the evidence. We will talk about each of the elements of negligent security in more detail below.

Element 1: Lawfully on the Premises

Classifying the visitor to property is a major factor in all premises liability cases, including negligent security cases. Under Florida law, a landowner or business owner does not owe the same duty of care to every person who enters the property. Instead, the duty a landowner or business owner owes to a visitor depends on the relationship between the landowner and the visitor to the property. This legal relationship is defined under each state’s laws and is typically based on the reason the visitor entered the property and whether that visitor had permission to enter the property. Florida law classifies visitors as invitees, invited licensees, uninvited licensees, known trespassers, and unknown trespassers.

A landowner or business owner owes the highest duty to invitees. Specifically, the landowner owes a duty to invitees to keep the premises in a reasonably safe condition and correct or warn of dangers that the owner knew of, or should have known of, and which the invitee did not know of or should not have known of through the use of reasonable care.

The second element in a negligent security case is proving that the landowner or business failed to take adequate security measures to avoid harm to guests on the property. A major factor in proving whether a landowner failed to take adequate precautionary measures is the type of property where the criminal attack occurred. For example, in parking lots and garages, inadequate lighting or the absence of security guards could be used to prove negligent security. Similarly, bars and clubs with a history of violence would likely require bouncers or other security personnel to remove violent customers who are a risk to innocent bystanders. In addition, negligent security may be proven by showing the property had unlocked doors, a broken window, a broken gate, no security cameras, and/or security cameras that were not working at the time of the attack.

Videos and photographs can provide some of the best evidence of inadequate security on a property. If the property had working surveillance cameras, a negligent security attorney could use the footage to show that a criminal was able to gain access into a premises through a broken window, unlocked door, or defective gate or fence.

Additionally, during the discovery phase of a lawsuit, a negligent security attorney can obtain other useful evidence of security measures that were inadequate at the time of an attack. For example, during the property owner’s sworn deposition, the attorney could ask whether the business had surveillance cameras, whether they were working at the time of the criminal attack, and whether the owner has a video of the attack. If the business owner responds that the surveillance video cameras were not working at the time, the owner’s deposition testimony may provide strong evidence of inadequate security measures on the property. The attorney may also be able to obtain records from the business owner regarding repairs, maintenance, and malfunctions of the surveillance cameras, which show that the cameras were defective at the time of the criminal attack.

Generally, a landowner in Florida does not have a duty to protect a person from a third-party criminal attack. However, the exception to this rule is when a landowner should have anticipated the type of criminal activity that occurred on the property. When deciding whether a property owner should have anticipated the particular criminal activity, Florida courts usually consider the following factors:

When prior criminal attacks occurred near the place and time of a victim’s attack, property owners are more likely to be held liable. A victim’s negligent security case is stronger if there were multiple prior criminal attacks on the property that were similar to the one that injured the victim. For example, a jewelry store owner may be deemed to have reasonably foreseen attacks and robberies in the parking lot if the owner knew that other people had been robbed in the parking lot after purchasing jewelry in the owner’s store.

Proving foreseeability often involves researching prior crimes on or near the vicinity of the property. Often, the best evidence of prior crimes is found in police reports and news articles about prior crimes in the area or on the business premises. Police reports and news articles also provide the date, time, location, and type of prior crimes that have occurred on or near the subject property. For example, where a patron suffers a violent attack outside of a nightclub, there can be news articles discussing other violent crimes that occurred at that same nightclub months before. This type of evidence can be excellent evidence that a subsequent criminal attack was foreseeable.

Other examples of valuable evidence in proving foreseeability in a Florida negligent security case may include some of the following:

The last element in a Florida negligent security case is harm. Essentially, if a person suffers injuries, the element of harm is satisfied. Most people who are victims of criminal attacks suffer physical and psychological injuries. Therefore, harm is generally one of the easiest elements to prove.

A victim of negligent security may receive compensation for past and future medical bills. A victim’s medical bills may include bills from hospitals, doctors, chiropractors, physical therapists, and mental health specialists, as well as any costs for prescription medications. For example, a victim may be entitled to medical expenses for the treatment of traumatic brain injuries, cuts and lacerations, bruises, fractures, gunshot wounds, stab wounds, or any other physical injuries that result from a criminal attack. The records from a victim’s medical providers assist with proving the type and extent of the victim’s physical and mental injuries.

Lost wages would include money lost as a result of missing past and future work. For example, if the victim of negligent security had to spend time in the hospital after the criminal attack, the victim would have lost past wages because he or she would have missed work. Similarly, if the victim’s injuries prevented the victim from going to work in the future, that loss would be classified as lost future wages.

A victim of negligent security may be entitled to compensation for lost earning capacity if the victim lost earning capacity as a result of his or her injuries. For example, if a person suffered brain injuries and was unable to finish school, that person would lose the ability to earn extra income in the future, and those damages would be compensable as lost future earning capacity.

In addition to the harm caused to the victim himself or herself, there may be damage to the victim’s property as well. For example, the victim may lose his or her glasses, laptop, or smart phone as a result of the criminal attack. If that is the case, the victim may be entitled to the cost of repair or replacement of the items lost or damaged.

Our Orlando Negligent Security Attorneys are Here for You

If you have suffered injuries as a result of a criminal attack that occurred at a business or commercial property, you may have a viable negligent security claim. Contact us today to schedule your free consultation with one of our Florida negligent security attorneys.