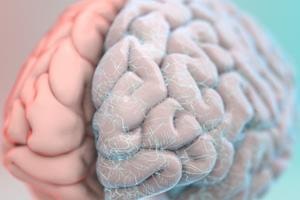 A traumatic brain injury (TBI) can be defined as an impact, blow, jolt, or some other injury to the head that disrupts brain function. The most well-known type of traumatic brain injury is a concussion. Basically, anything that causes impact or rapid movement of the head could stretch blood vessels and damage nerves in the brain. These types of injuries can damage brain cells and cause issues with neurotransmitters and neuronal transmission.

Causes Of Brain Injury in Orlando

Any impact to the head or body could cause a traumatic brain injury. Obviously, the harder the blow, the more likely it is to cause a serious brain injury. However, even minor impacts can injury the brain. After all, the brain is a delicate and complex structure. Some of the more common ways a person might suffer a brain injury in Orlando or Central Florida are below:

A traumatic brain injury can cause a wide range of short-term and long-term issues with brain function. As a result of your brain injury, you may experience some of the following symptoms:

If you are experiencing any of the above symptoms, you may be living with a traumatic brain injury, and you should reach out to our Orlando brain injury attorneys as soon as possible. We can help you to get the treatment you need from one of the many excellent TBI treaters in Orlando.

Additionally, a brain injury diagnosis may involve imaging, like a CT scan or an MRI. Although CT scan or an MRI cannot detect all types of brain injuries, they can be used to determine whether the patient has other serious medical issues, like internal bleeding in the brain. The first test that may be done in the hospital is the CT scan. Then, once the patient’s condition stabilizes, the MRI may be necessary to get a detailed view of the brain if brain injury symptoms do not quickly improve.

Information Gathering Regarding the Brain Injury

If you’ve suffered a serious brain injury in Orlando as a result of another person’s negligence, you’re likely entitled to compensation. That compensation, however, can vary greatly, depending on the circumstances of your accident and the types of injuries involved. For example, your medical bills and costs of rehabilitation and medication would certainly be a part of your medical damages. However, there are many other aspects of a traumatic brain injury that can result in a serious future financial burden.

As a result of a brain injury, people will often miss several days or weeks of work, and some are never able to work in the capacity they worked in before the brain injury. Imagine never being able to do your job again, and then having to settle into a job you do not like for the rest of your life, just to pay the bills. Even worse, imagine never being able to work again. What a nightmare. However, people with brain injuries in Orlando go through this all the time.

In addition to losing a career, a person may never be able to do the things he or she liked to do before the brain injury. Imagine not being able to do the things you love to do every again because of someone else’s actions, because of something complete out of your control. Over the remaining years of a person’s life, these losses can add up to a significant amount of money. Often times, these types of damages will be compensable in a lawsuit.

The defense loves to argue that the injured person is just trying to get money out of the lawsuit. That’s an old and worn-out argument. After all, how much money would you take to never be able to enjoy walking your dog again or to never be able to enjoy a meal in downtown Orlando again? How much money is it worth to never be able to carry on a normal conversation again because of a brain injury? What if you could never play with your child or grandchild again because of your brain injury? People in the Orlando area who have suffered brain injuries have to deal with this reality all the time. If you have suffered a brain in jury in Orlando because of someone or some company’s negligence, you deserve compensation for the things you have lost in your life. Therefore, in addition to compensation for hospital bills and medical bills, you may also be entitled to compensation for various other types of future damages and losses.

Should I Sue A Negligent Person Or Company For My Orlando Brain Injury?

To be clear, most of us would say that there is not any amount of money that could compensate us for losing the ability to do the things we love to do. Money alone is not worth it. However, what if we could stop a person or company from hurting other people?

The reality is that we don’t live in a society that believes in an eye for an eye, and we don’t have the power to put someone in jail. That’s the job of the police and prosecutors. What we can do is hit a negligent actor or negligent company in the wallet for causing us pain and hardship. Money gets their attention, and money is the way we get justice in our world. Negligent people and companies hate to lose their money. In fact, they hate it enough to change their behavior and the behavior of their agents and employees so that they don’t lose money. Therefore, one of the best ways to make sure a person or company stop causing brain injuries in Orlando is to make them pay with a lawsuit.

If you have suffered a brain injury in Orlando, you need a team of lawyers that will treat you like a person, not just another number. You also need a lawyer that will talk to you and guide you through the lawsuit and answer your questions. We only take a fraction of the cases that come through our door because we want to give each of our clients the best possible level of service. Therefore, if you want justice for your brain injury, CONTACT US to set up your free legal consultation one of our Orlando brain injury attorneys.