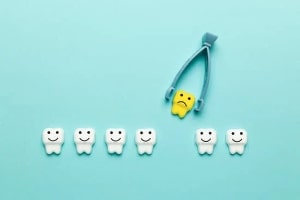 Our client (we’ll call her “Jane”) was experiencing serious pain when she would eat, drink, and brush her teeth. So, she decided to go see her dentist to get some help and see if there was anything that could be done about her pain and sensitivity. Her dentist noticed that her tooth was infected and abscessed, and so her dentist referred her to an endodontist for a root canal. Days later, Jane went to her appointment, and the endodontist performed at root canal. However, Jane immediately recognized that something was wrong.

After the root canal, Jane was experiencing ringing in her ears and signs of infection, and she was still experiencing pain and sensitivity. Jane continued to experience pain in that tooth for roughly an entire year; however, her dentist was unable to identify the source of her pain. Again, her dentist referred her back to the same endodontist who performed the root canal.

At the next visit, the endodontist informed Jane that she would need to undergo a procedure called an apicoectomy, which is sometimes referred to as apical surgery. An apicoectomy is where the doctor goes in and removes the tip of the root of a tooth and then seals the end of the root. Once the root tip is sealed, the doctor stitches up the tissue, and the procedure is finished.

Jane had no idea any of this had happened. She believed she had undergone a normal apical surgery. However, soon after the procedure, she was still in pain—the same pain she had been experiencing before the procedure. She knew that something had to be wrong. Ultimately, she visited a new endodontist that took a CBCT image, and the image showed that the endodontist had performed the apicoectomy on the wrong tooth.

Soon after learning that the endodontist performed the surgery on the wrong tooth, Jane called us to see if there was anything she could do. She was frustrated. She had been in excruciating pain for several years. She had experienced intense sensitivity in response to any attempt to eat or drink. All the while, she had done everything her dentist and endodontist told her to do. She also felt betrayed because nobody informed her of the mistakes that had been made. In fact, she had to go see a new endodontist to learn the truth. Overall, Jane had been very patient, but enough was enough.

Ultimately, we settled Jane’s claim at mediation. This was a fantastic resolution to a long and painful series of events for her. Not only was she able to avoid the hassle of a long and drawn-out dental malpractice lawsuit, but she was also able to get justice for what she suffered through.

Get Help From a Florida Dental Malpractice Lawyer

We offer free legal consultations for victims of dental malpractice. Additionally, at our firm, lawyers do the consultations, not an intake person in a call center or some customer service representative. We believe injured people should get a chance to talk with a lawyer. Thus, if there’s a chance we can help you, we’ll schedule you with one of our attorneys.

To schedule your free consultation with a Florida dental malpractice lawyer from our office, all you have to do is call us at (321) 352-7588. Also, you can fill out a form on our website, and we can schedule a consultation over email.

We have years of experience in handling dental malpractice cases, and we’re happy to help you however we can. Our office is in downtown Orlando on Lake Eola. We handle cases throughout the state of Florida, as well as in South Carolina and North Carolina. If you need help, please don’t hesitate to reach out to us. We’re here when you need us.