Fatal Crash in Orlando on October 23, 2022, Occurs As A Young Man Tries to Pull A Vehicle from Side of The Road With His Pickup Truck 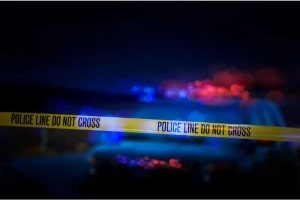 On Sunday, October 23, 2022, at around 1:05 am, an 18-year-old man from Orlando was killed while he was trying to pull a stuck vehicle from the side of the road on Dallas Boulevard. The young man was using his pickup truck to attempt to pull another driver’s pickup truck onto the roadways from the shoulder. The stuck vehicle was a pickup truck driven by a 17-year-old Orlando boy.

Another car was on the road early Sunday morning. The car was driven by a 27-year-old Orlando woman who was traveling north on Dallas Boulevard at the time of the accident. The police report indicates that the driver did not notice the vehicles stopped on the road.

According to sources, the sedan driven by the 27-year-old woman crashed into the front left side of the 18-year-old man’s pickup truck, which cause the truck to turn over onto the east shoulder. Two pedestrians were standing nearby, a 20-year-old from Orlando and a 17-year-old from Cocoa, and they were both struck by the truck after it was struck by the car. They were both taken to the hospital, but sources say their injuries are serious but not life-threatening.

When the 18-year-old man’s truck was struck, he was ejected as the truck overturned. Sources say this is when the man suffered fatal injuries. The boy in the stuck pickup truck did not suffer injuries, and the 27-year-old woman who collided with the stopped truck only sustained minor injuries, according to most recent reports.

Be safe and stay alert, Orlando.